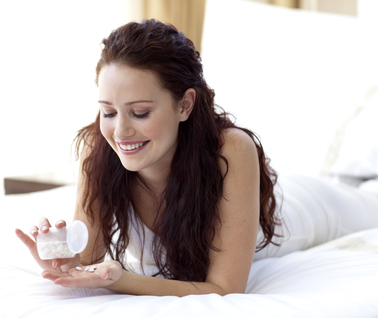 Urogenital infections affect about one billion people each year. Bacterial Vaginosis (BV) is the most prevalent infection worldwide and is characterized by depletion of the indigenous Lactobacilli.

The microorganisms that colonize the vaginal vault play a major role in the maintenance of the health of a woman. This is just as important as the healthy gut microflora for the whole wellbeing.  It is already known, the healthiest women have their flora dominated by lactobacilli.

Bacterial Vaginosis (BV) is characterized by significant reduction of vaginal lactobacilli and replaced by other microorganisms such as Prevotells spp, Gardenerella vaginalis, Mobilluncus spp, and Atopobium spp.  Additionally, when the pH gets elevated above 4.5, it supports colonization of the pathogenic bacteria that distracts the colonies of Lactobacilli.  Women with abnormal flora are at a higher risk of developing vaginal and/or bladder infections, as well as having increased risk of sexually transmitted diseases and preterm labor.

Some of the BVs are asymptomatic; other may contain symptoms as increased vaginal discharge and/or fishy odor, sometimes even sensitivity and irritation, including itching. “BV accounts for 40-50% of cases of symptomatic vaginal discharge and the prevalence of the condition during pregnancy may range from 12% to 55%. At any given time, an estimated 29% of women have an aberrant vaginal microflora indicative of this condition, even if they are not all symptomatic (Reid).”

There are a few options available for management of BV, including metronidazole in tablet (50 mg 2xdaily for 7 days) or gel (0.75%, once daily for 5 days), and clindamycin 2.0% in vaginal cream for 7 days. However, these treatments have cure rates of only 60%. Additionally, in some hard cases, patients have recurrent BV that occurs about 4 times a year and between 30-58% of women experience recurrent BV. Antibiotic therapy is effective only for some of the patients; the other patients, especially those that experiencing resistance and failure of antibiotics, are searching for alternative cures.

Gregor Reid is one of the world’s foremost experts on probiotics – microorganisms that produce many health benefits. Gregor Reid and his colleagues conducted over dozens of studies on Lactobaciillus rhamnosus and Lactobacillus fermentum to explore if they are able to change the vaginal flora and return a BV patient (mouse and/or human) to health. These studies have a great success and give women with hard cases hope.

In one of the double-blinded controlled studies, 64 healthy women average of 35 years old were recruited from London were divided into two groups: treatment group and a placebo. The treatment group received a freeze-dried capsule containing L. rhamnosus and L. fermentum, and the placebo group received Calcium Carbonate once daily for 60 days.

Vaginal swabs were collected at day 0, 7, 28, 60 and 90 to determine if the women had BV. Although all participants reported vaginal well-being at time of recruitment, 16/64 had asymptomatic BV on day 0.

Additionally, the questionnaire of the participants showed that 30% of the women who were under treatment have noticed some vaginal improvements, even though they were healthy before they even started the treatment.  There were no side effects noticed by patients that were taking L. rhamnosus and L. fermentum in the period of two months.

Another interesting study suggests that oral intake of L. rhamnosus and L. fermentum paired with a treatment of a single dose of tinidazole (2g) taking daily for a month increase cure rate to 87% compared to the control group that was treated only with a single dose of tinidazole (50%.) A similar study was done with metronidazole vaginal gel + placebo that was compared to the gel + Lactobacillus freeze-dried pills. The results were very similar, there is a much higher cure rate when the medication is used with the oral intake of Lactobacillus.

Some of you by now are probably wondering if administering these bacteria intravaginal would work in a similar way. Several studies have been done where administering the L.rhamnosus and L.fermentum was intravaginal. These studies resulted in a similar success.  Another study used a douche containing L.acidophilus for 6 days that showed reduction of BV in patients that kept their level even 20 days after the treatment.

Several things I would like to point out, the probiotic must be freeze dried and kept refrigerated during the sale, shipment and time of intake. Please make sure it is kept cold (40 degrees or lower) for the bacteria to be effective. Ship it overnight on ice. Both of these studies specify that their capsules contained 109 (or one billion)CFU viable cells of each strain. These seem like an enormous amount of bacteria, but in order for bacteria to survive trough the stomach acid, and find a way to their residence you will need to take a lot to assure the formation of successful colonies. One of the products that I recommend is Fem-Dophilus from Jarrow Formulas. If you order it from Amazon, make sure to contact the seller and request the shipping on ice. If you order it from iHerb, they are supposed to ship it on ice, but sometimes they don’t-again, just make sure it is shipped on ice and check the temperature upon arrival.

Filed Under: Nutrition, Women's Health and Maternity
← The Purpose of Processed Foods
Pomegranate, Good for Whatever Ails You →