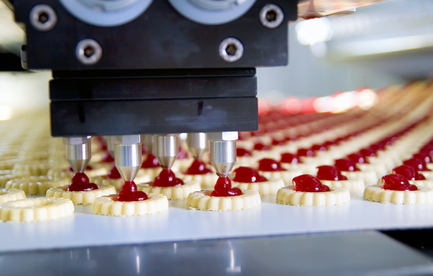 The Purpose of Processed Foods

Processing food started in prehistoric times because it was essential to decrease food spoilage and to have food during the year, especially during times of scarcity. Most food was processed at home with primary methods such bottling, drying, and salting foods.  Within the past 100 years food began to be processed on a large scale with the way food is processed continuing to evolve.  1.5 million years ago diet was mostly unprocessed plant foods. 700,000 years ago meat was added by cooking, drying, and smoking it. 10,000 years ago the agricultural revolution led to more grains and dairy. In the 19th century canning and milk pasteurization led to a longer shelf life. The 20th century led to refrigeration, freezing, dehydration, ultrahigh temperatures, vacuum packaging, and the addition of preservatives to add shelf life. The 21st century has lead to an increased reliance on commercially processed foods and globalization of the food supply.

Processed food includes anything that has been altered from the state it was harvested for better preservation.  Some confusion around processed food is how it’s defined. To process food means to use various mechanical or chemical operations that can be hard to understand.  Many food staples such as cheese, bread, wine are highly processed yet are often considered not “processed” by consumers.  Nutritional security (quality) and food security (quantity) both depend on food processing.

Processing food is important for food security, or the availability of food.  As the shelf life of food is extended through various forms of processing it leads to an increase in the availability of food during all months of the year.  It is especially important for countries that are undernourished.  One-sixth of the world is under- or malnourished.  Processed foods could aid in helping those countries receive the nutrition they need.  On the other hand since 2006 the prevalence of over nutrition related disease has surpassed that of under nutrition.  Obesity rates have been growing.  This is in part to the increased consumption of highly processed foods on a regular basis. Due to hydrogenation, many processed food contain trans fat. Unhealthy trans fat can be damaging to the heart leading to heart disease and obesity.  Up to 75% of Americans’ daily sodium intake comes from processed foods and restaurants.  Increased sodium in the diet may increase blood pressure leading to stroke and heart disease.  It is a definite challenge to increase food security while at the same time decreasing noncommunicable disease that are caused by diets with high amounts of processed foods.

The way food is processed will continue to evolve as time goes on and hopefully increase in nutritional quality. There are now low sodium canned food options.  Through enrichment and fortification of processed food nutrients can be added that would otherwise be deficient. For example fortification of milk with vitamin D and enrichment of cereal with B vitamins and iron.  Processed foods have an important role for increasing food security, but it shouldn’t be the only thing in our diets.  When processed food is consumed inappropriately and in high volumes it may be detrimental to health and can lead to obesity and diabetes.  It’s important to balance the diet with fresh foods which contain higher nutrient content.