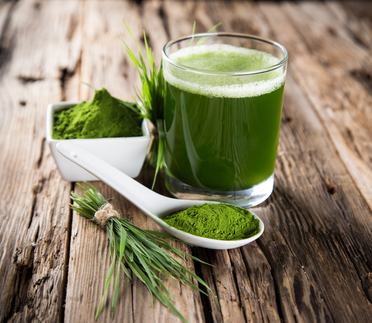 In the past few years there is a growing interest in body detoxification.  First of all what is detoxification and why would one need one? Detoxification is medicinal or physiological removal of toxic substances. By pulling out toxic metals (such as lead, mercury, arsenic, cadmium, and aluminum and other heavy metals) from the body, you return your body to homeostasis. Homeostasis is needed to keep body in a healthy state.

The slow accumulation of heavy metals has been found to cause numerous neurological diseases, including autism, attention-deficit disorder, encephalopathy, Parkinson’s disease, and Alzheimer’s disease.  There were found some links between mercury and lead accumulation and the development of learning disorders. In addition, cardiovascular diseases, such as hypertension and cardiac rhythm disorders have been linked to the accumulation of lead. Renal disease has been linked to exposures to lead, arsenic, cadmium, and mercury. Some reproductive problems, including infertility, have been linked to numerous heavy metal exposures.

How do we receive these heavy metals?  Heavy metals are found in everyday existence and are hard to avoid entirely. These pollutants exist in our air, water, food supplies, workplaces, even our homes and cars.  Aluminum, for example, can come from the pot that the chef used to cook your ordered meal.  Cadmium can be found in some paints, and is especially dangerous when is sprayed. Construction industry, agriculture, battery production and electroplating practices increase risk of accumulation Cadmium in one’s body.  Lead is a common environmental pollutant.  It is especially heavy in the areas with facilities that work on metals, pipes, wires and batteries.  Arsenic was found in ground water.  A 2007 study found that over 137 million people in more than 70 countries are probably affected by arsenic poisoning from drinking water. These heavy metals have higher affinity than metals or minerals that are in your body, they can replace the ones  that are in your body. Most people can excrete toxic heavy metals from their body successfully.  The human physiological system has many mechanisms in place for excreting these contaminants, through sweating, incorporation into hair, nails, defecation and urination. However, some people, especially those whose body is not in homeostasis stage anymore (people who have some pains and conditions) their bodies can’t handle detoxification on their own.  Most heavy metals poisoning starts with similar signs and symptoms, such as headache, lack of energy, drowsiness, confusion, diarrhea, and other.  Given these data, it is not surprising that interest in detoxification is growing these years. One of the known detoxification therapies is intake of zeolite, clinoptilolite mineral.

What are Zeolites?  Zeolites are microporous, aluminosilicate mineals  that are commonly used as an absorbent or a catalyst. Clinoptilolite is a natural zeolite. It is used as a chelating agent to remove heavy metals from the blood, tissue and even from adipose stores. Numerous studies have been done on safety of long-term supplementation in animal feedings. The research showed excellent results in improvement of growth in pigs, and increased reproductive performance in sows. There were no side effects noticed. Furthermore, experimental animals resulted in no measurable decrease in blood vitamin or mineral content. (animals fed zeolite showed even healthier levels of necessary minerals) There were also several human studies done.

This human clinical trial contained 33 positive for heavy metal poisoning 35 to 71 years old men, which were divided into 3 groups. Group one was the placebo group that was taking 50ng/ml magnesium silicate and 1 mg/ml citric acid in purified water for 30 days. Group 2- was given clinoptilolite suspension (15 drops with water) twice a day for 7 days. Group 3 was given the same supplementation as Group 2 but for 30 days total.

What did they find? There were 10 metals that were screened for in this study. The results were quite surprising. The day 4 urine excretion for both treated groups were generally the highest in heavy metals. In the 30 day test group, mean toxic metal excretion was increased on days 1,4,7,14 and 21, with the highest on the day-4. Analysis of the serum electrolyte panels revealed no significant changes from creatinine, glucose, potassium, magnesium, calcium, sodium, or chloride baseline levels in both treated groups. The researchers concluded there were significant increases in the urinary excretion of aluminum, antimony, arsenic, bismuth, cadmium, lead, mercury, nickel, and tin in the subjects of two treatment groups compared to placebo control. The degree of responses as well as the relative timing of response was variable among the participants. This could be expected due to many factors, including the difference in physiology of participants, difference in the nutritional deficiencies and other differences.

In Conclusion: Across the globe, as westernization progresses, heavy metal toxins and other pollutants increasingly invade our bodies replacing our minerals. This process is quite slow. Most healthy people should be able to deal with it by excreting heavy metals with the urine and sweat.  Others, especially with health conditions may have lost this ability. Intoxication of heavy metals brings headaches, drowsiness, diarrhea and other signs and symptoms that may lead to more complicated conditions and even result in some disorders. Tests for heavy metals and detoxification therapies are available in some clinics. Studies of treatment with clinoptilolite mineral showed exceptional results of excretions of heavy metals through the urine without the side effects and displacement serum electrolytes. Additional studies with higher amounts of participants are still needed. Always check with your health provider before switching your diet or adding a new supplement.