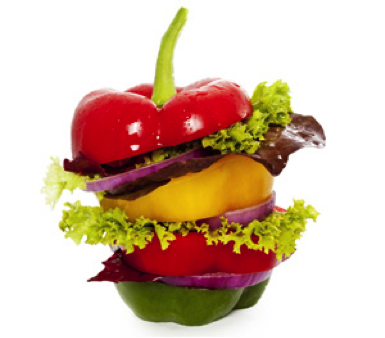 The Best and the Worst of Restrictive Diets

Restrictive diets are very popular among thousands of people in the U.S.  Today, debates continue to decipher what eating habits are the healthiest. Studies have been done on individual diets alone but a study has never compared how the main restrictive diets stand up against each other. In a new study researchers from Belgium1 looked at the nutritional quality of the vegan, vegetarian, semi-vegetarian, pesco-vegetarian and omnivorous diets. Researchers wanted to see which diets had a positive effect on nutritional health and which diets were lacking.  This article is supported by science but the method of measurement is narrow. This leads one to wonder what other influences restrictive diets have on the body. Overall each restrictive diet had pros and cons concerning nutritional quality. This study was able to pinpoint exactly what they were in each diet.

In the study, 1475 individuals participated. Most of the participants were women and almost half of participants were under the age of 30. Along with gender and weight, researchers looked at educational levels. The study looked at dietary intake of participants, which was done by using a cross-sectional survey online. The survey consisted of a 52-items food frequency questionnaire (FFQ). After information had been obtained through the FFQ, it was analyzed using the Healthy Eating Index 2010 (HEI-2010) and the Mediterranean Diet Score (MDS).  The study ran for two months and participants were asked to provide their frequency of eating certain foods for over the last year. Once researchers had these frequency findings, they were able to use HEI-2010 and MDS to determine the nutritional quality of the restrictive diet that each participant had identified with. The MDS scores were taken and the means and standard deviations were found for both component and total scores. For the HEI, researchers used Analysis of Variance (ANOVA). The level of significance was set at a .05 level and was two-sided. The post hoc tests were set at a .01 level of significance. With the methods used (HEI-2010 and MDS), researchers found that overall that the vegan diet had the lowest energy intake while the omnivorous diet had the highest. The middle-ground diets (semi-vegetarian, pesco-vegetarian) were found to have the highest calcium intake (1470mg) while the vegan diet had the lowest (738mg). When looking at carbohydrate and sugar intake, all diets were very similar. Overall, the vegan diet had the highest HEI-2010 score and the MDS score. The omnivorous diet had the lowest score in both diet scores.

Researchers found that by having such a large sample size of both vegan and vegetarians was a major strength due to those diet groups usually being rather small in other studies. The FFQ that was used had also been tested for validation. This helps confirm the validity of the study. However, the study was limited in a few different areas according to researchers. One of the biggest limitations of the study was how the sample size of the population did not represent the population as a whole. About 70% of participants were women and large portions of participants identified as being highly educated. Another factor that limits the validity of the study is that the survey conducted allowed participants to claim their weight and height without having it measured and verified. The fact that the entire survey was done online also puts to question whether or not participants told the truth. If not, then this could throw off the entire study. Because this was always a possibility, researchers were careful to check their findings and compare them with previous findings to make sure they were somewhat aligned. This method acted as validation. Researchers of the study discuss how in further research “attention should be given to possible confounders of the relation index score and health outcome since people on restrictive diets are often more health conscious compared to the general population.”

Even with multiple studies conducted on different restrictive diets, it has been hard to come to a scientifically based statement that agrees with all studies. For example, in a study by Larsson and Johansson2, they found that the vegan diet in teens had lower levels of vitamin B-12 and vitamin D compared to the average teen omnivorous diets. This disagrees with the study talked about above. However, age could potentially be the factor varying the results. In an article by Winston J Craig3, he found that as long as vegans are conscious of getting the vitamins threat their diets sometimes lack, a vegan diet overall has a positive effect. A study by Turner-Mc Grievy4 found that vegan diets had a sufficient intake of vitamins. As all of the studies show, a set method for research that scientists agree on needs to be set in order to come up with an overall result to whether restrictive diets are beneficial or harmful.