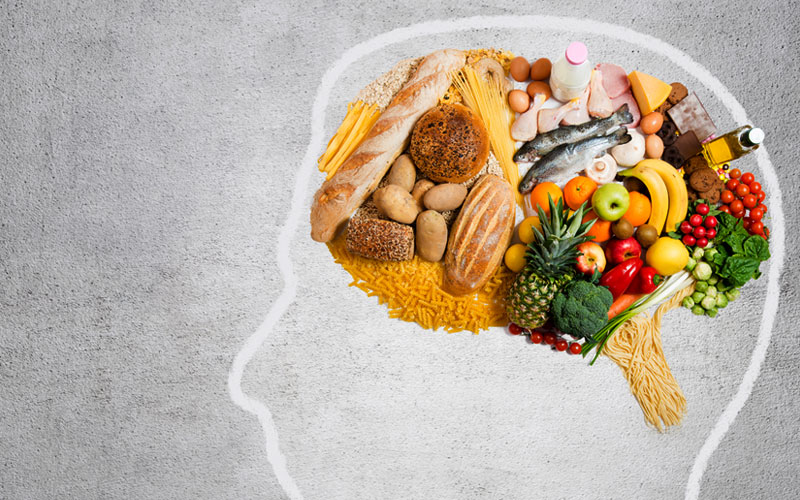 Food Mood, what your gut is telling your brain

Is that twinkie shaping your mood? Possibly making you depressed and moody? Initially, that satisfaction of sugar breaking down in your mouth seems like it would produce opposite results but what happens when that twinkie or doughnut is absorbed into your body? How is it affecting the almighty gut microbiome that has recently been popular for scientific studies. How can altering your gut bacteria somehow regulate things like mood, behavior and or stress. P.S your gut is talking to your brain through a bidirectional pathway. As medicine and technology have grown tremendously over the years, health care has also vastly improved. Individuality is important in the healthcare system and in this article we will dive deep and explore the gut microbiome that is unique to you. We will give rise to supporting evidence in researched based, peer reviewed science articles to better our understanding of the connection between the gut on the brain. In this paper I will investigate how fat and sugar can alter behavior and mood through the change in the gut microbiome (7), and the connection the brain has with the gut.

The gut microbiome consists of the entire collection of cohabitating microbes in the gut and skin. According to Foster the human intestine harbors 100 trillion bacteria which adds up to 10-100 times more bacteria than you have cells as a human being (3). The dynamic microbiome is influenced by several factors including genetics, diet, metabolism, age, geography and stress (3). Your gut bacteria is unique to each individual. We will be focusing and investigating the GI (gastrointestinal) microbiome.

We know from scientific studies that the gut microbiome is influenced by the food we eat, and any unbalance in this can induce changes in how your body digests, absorbs and regulates nutrients.  We also know that the gut microbiome influences 70% of your immune system so when there is a disturbance in the gut flora the gut then triggers the immune system which sends out an inflammatory response to combat that unbalance. Inflammation is a topic of itself that I will revisit later. Scientists have also conducted research on mice that support the association between major depressive disorder, which is linked to low grade inflammation and decreased brain neurogenesis, to the gut microbiome (7). Neurogenesis is the production of brain cells.

Low grade inflammation and depression go hand in hand as seen in patients with inflammatory conditions like IBS (inflammatory bowel syndrome) and crohn’s disease (1). As we eat food, our body will adapt to the environmental change. Inflammation is the body’s way of protecting itself, but it doesn’t always mean it is beneficial. “Foods that are known to cause inflammation are saturated fat from meats, cream sauces, fried foods and trans fat found in many processed foods” (4). Depression is often associated with altered colonic motility as Park et al demonstrated with mice that were induced with depression like symptoms through bilateral olfactory bulbectomy (removal of part of the brain associated with smell that is linked to memory, learning and emotion). The mice displayed a change in the proportion of gut bacteria which supports the link between depression like behavior and the gut microbiome (6). Another experimental study conducted by Pyndt and his colleagues demonstrated the effects of fat and sugar and how they impact behavior on mice. The experiment involved 42 mice that  were randomly assigned 1 out of 3 diets; high fat (34.8g%), high sugar(610g%) and a control group (0.0% sugar and 19.2% fat). Both control group and high sugar were fed 19.2% fat. Behavioral tests included burrowing test, triple test, forced swim test and the Morris water maze test. Mice fed on the high fat diet were observed burrowing less, reflecting “capability of human activities” and negatively affecting memory in the maze test (7). Mice on the high sucrose diet displayed less anxiety than the high fat fed mice (p=0.009). Limitations to this study was that it is still in a preliminary state which involves animal subjects and evidence can only be extrapolated to humans. Strengths were the control of the mice diets and intense examination of different populations of bacteria in the gut of the mice. Further experiments are needed in this area including hormonal mechanisms involved with behavior that this study did not mention. Below is a picture summarizing the gut microbiota and it’s many influences on the body (3).

What is the gut brain axis? The vagus nerve is the longest cranial nerve that extends from the brainstem to the abdomen. “Vagal afferents direct information to the brain from the head, neck, thorax, and abdomen that mediate vital digestive reflexes and influence ingestive behavior” (2). Bacteria will communicate to each other through quorum sensing and then to the brain through the vagus nerve that connects the gut to the brain. So now we have our anatomy out of the way, what does this all mean and how does depression play a role in the gut brain axis? The vagus nerve plays a double role regarding inflammation and motility. It can alert the brain that the body is in an inflamed state and it can modulate it by suppressing cytokine synthesis by it’s major neurotransmitter, acetylcholine (2). Motility, the movement of food in the body  through peristalsis is brain based. Lets keep in mind I am not a doctor but I think further research is needed in this area, especially those suffering from depression and if we as dieticians and nutritionists could possibly help alter their gut microbiome through diet and lifestyle and restore a diverse and positive bacteria population then we’ve done a good job.

In summary food has an impact on our body and therefore our mood, hence the title this article, food mood. I see the human body as a gigantic spider web, with the the sum of its part’s interconnecting and influencing one another. To put in a nutshell this article would lay out like this: As babies in the womb we habitat a sterile environment but once we are born we are exposed to our mothers microbiome (depending on how we are born), that microbiome is then influenced by diet and lifestyle. Through that we can alter our gut bacteria either positively or negatively by things such as what some would consider a typical western diet consisting of an overabundance of “refined sugars, salt and hydrogenated oils” (5) or positively by incorporating various fruits, vegetables and whole grains into our diet. The gut brain axis is an interesting subject and a topic to further investigate when it comes to health. This may be one of the many answers to future medicine and healthcare as more evidence is becoming clear of how unique and influential our gut bacteria can be to the body and the vital connection between the brain and gut.  As some dieticians work closely with an individual and their dietary needs, their unique gut microbiome may, in the future, influence health care and nutrition advice.  I conclude that a healthy gut equals a healthy mind.

Filed Under: Diet, Digestive Health, Nutrition, Nutrition News
← Farms and Heroes for Vegetables
Fish Oil: Can It Save Your Memories? →