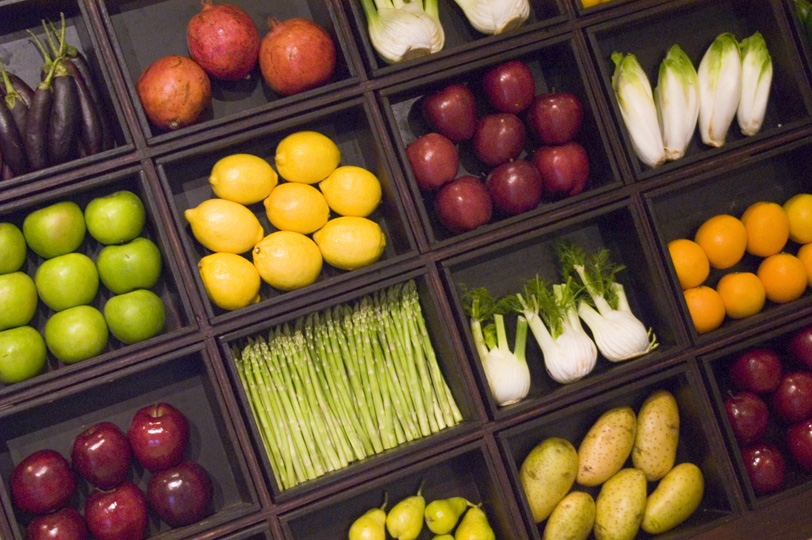 Farms and Heroes for Vegetables

Wisconsin’s Farm to School program has high hopes of getting elementary school kids to eat more fruits and vegetables during lunchtime. Andrea Yoder recently put the program to the test, implementing it into nine elementary schools and carefully measuring if the kids consumed more vegetables than they did before the program was put into place1. The Center for Disease Control have targeted increasing vegetable consumption as part of their strategy to combat the increasing rates of childhood obesity2,3. Evidence of the effectiveness of such programs have been rising over the past decade illustrating their abilities to raise vegetable intake in children4. Yoder’s paper supports the plausibility of in-school programs with goals to increase vegetable consumption in elementary aged children to help combat the growing rate of childhood obesity1.

In her paper, Yoder introduced the Farm to School program to nine different Wisconsin elementary schools, comprising grades 3-5 with a total of 1,117 children for the duration of the 2010-2011 academic school year. Seven of the nine schools had previously been exposed to the Farm to School program. At the beginning of the study, the children were assigned several questionnaires, including a Food Frequency Questionnaire, assessing their pre-study vegetable intake as well as their knowledge of and willingness to try new vegetables. During the intervention each child participated in a series of nutrition and agriculture education activities aimed at improving eating behavior5, 6. Researchers analyzed vegetable consumption by comparing digital photographs of each child’s lunch plate before and after they sat down to eat. At the end of the school year there were significant increases in willingness to try new vegetables (P<.001) and in knowledge of nutrition and agriculture (P<.001). Data showed increased fruit and vegetable consumption among all students, although those increases were not shown to be statistically significant. However, there were significant increases in fruit and vegetable consumption among the students with the lowest pre-study intake (P<.001). Schools who had previously been exposed to the program showed greater increases than those schools who had not.

This study shows that the Farm to School program has potential in increasing fruit and vegetable consumption, especially among students who consume very little. Schools that had previously received implementations of the program showed greater increases suggesting that permanent implementations may have the power to increase vegetable consumption over a longer period of time. Limitations of this study include not having a true experimental design, lacking randomly assigned schools and a control group as well as a small sample size. Another weakness of the study was that the assessment of dietary change was in part, based on the accuracy of the Food Frequency Questionnaires, which have been shown to be prone to recall error and bias7.

Farm to School is not the only program with goals of getting children to eat more vegetables; there have been other studies with similar intentions of increasing vegetable intake have been introduced in elementary schools with positive results. The Food Dudes studies, while originally introduced in Great Britain, showed moderate increases in vegetable consumption (P<.05), with a study design to have children increase the amount of vegetables they ate in order to help a group of superheroes defeat a band of villains4. After its introduction in Great Britain, several reviews of the Food Dudes program were performed, each showing similar increases in fruit and vegetable consumption8, 9. Heidi Wengreen of Utah State University ran pilot studies of the program in Utah schools to see how it fared in the United States10. With encouraging pilot data boasting increases in both fruit and vegetable consumption, Wengreen was able to show that such a program is a viable option for U.S. elementary schools. Jones recently began a modified version of the Food Dudes program now dubbed as the Fit Game7. The Fit Game implements a hero based poster game geared at having the children consume more vegetables to help power the heroes and ultimately defeat the villains.  The Fit Game produced a significant increase in fruit and vegetable consumption in school aged children (P<.05)7. Overall these programs, along with the Farm to School, show potential in incentivizing elementary aged children to increase the amount of vegetables they eat during school hours. Further programs have yet to show the same effects in children at home.

While Yoder has effectively proved the potential of the Farm to School program’s implementation into elementary schools, the results should be taken and interpreted with caution, due to its study design limitations. Along with the previously mentioned studies targeting vegetable consumption, Yoder has provided evidence that such programs perhaps contain the ability to effectively increase vegetable consumption among elementary aged children.

Filed Under: Childrens Health, Health, Nutrition News
← Got Milk? Human Milk and Preibiotics
Food Mood, what your gut is telling your brain →