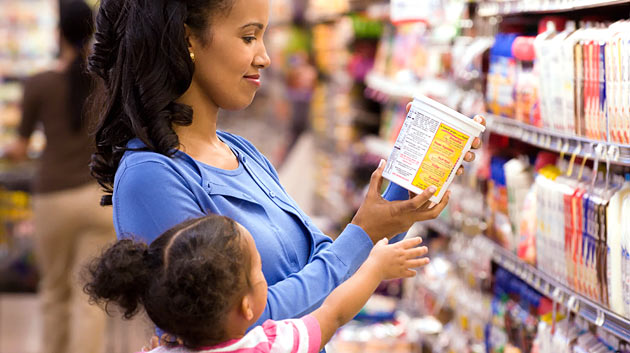 According to the latest research done by University in UK –it can and it does! The research contained 24 men and 23 women, average 37 years old, that had normal-to-overweight body weight. Male participants were significantly overweight compared to women participants, which were normal weight. Participants were offered three ,exactly-the-same, lunches with different Caloric labels on them that were given every two weeks a few hours after having breakfast in the testing facility. On the first day (meal#1) participants were given lunch with the nutrition label showing that the lunch contains 668 Calories (33% Daily intake (DI) ); 19.9g Fat (28% DI); 5g (25% DI) Saturated Fats, and 1.5 Salt (25%DI). In two weeks the same participants were given exactly the same lunch (meal #2),but this time they were shown different a nutritional label at the lunch serving, having 334 Calories (17% DI), 10g Fat (14% DI), 3.8g Fat (19% DI) and 1g Salt (17% DI). On week 5, this test was repeated with the same participants and the same lunch menu (meal #3), but this time label showed that they would consume 1002 Calories (50% DI), 58.8g (84%) of Fat, 20.4g (>100% DI) and 3g Salt (50% DI). Participants were asked to rate the food’s quality of different fat content and had no knowledge that their consumption was measured.

So what are the results? First of all, not surprising, but men were found to consume significantly more energy than women. Additionally, it was shown that of all men those who were greatly overweight consumed the most food and energy. For a group as a whole, they found that compared to the first meal, an additional 162 Calories of energy was consumed at the week 3 on meal #2. There were no difference found between meal  #1 and meal #3.

What was really interesting is that the knowledge of the fat content also change participants taste. The meals that were labeled to have higher content, meal#1 and meal #3, were rated with the higher taste score. (just a reminder- it was exactly the same meal on every trial). This demonstrates that the information of fat and energy content significantly influenced participant’s taste perception. The participants reported that the knowledge of low fat content in the food significantly increased their consumption (11%) compare with high fat meal (meal#3). On the question whether they would be likely to purchase this meal at the store, 94% of participants would buy the “light” meal version compared to 49% would buy high fat version. That could be because it was rated to “taste better”.

According to this study, Nutritional Labels influence our perception of taste and the amount we consume. Several years ago when food companies reduced fat per serving Registered Dietitians hoped people would select these less fat foods. However, people end up consuming more energy anyway. It seems, once again, our human nature can’t be tricked.