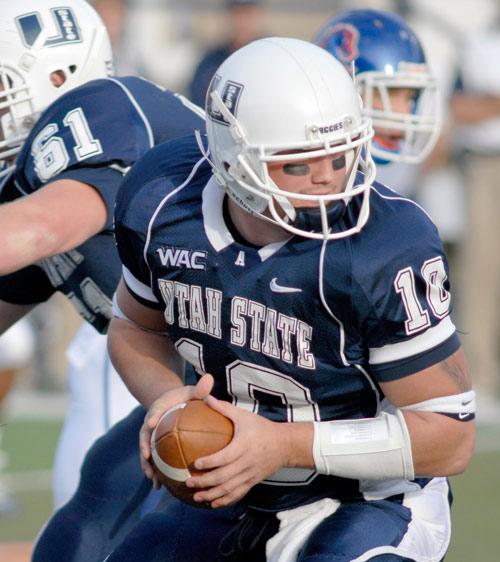 Are you a sport fan? Can you think of what you ate after your team won (or was defeated) last time? A recent study showed that fan’s next day food choices depend on their game’s outcome.

Association of Psychological Science recently published a new study “From Fan to Fat? Vicarious Unhealthy Eating, but Self-Affirmation Is an Effective Remedy.” Yann Cornil and Pierre Chandon from France performed three interesting studies to answer question if fans’ preference of food changes with the outcome of the game that they were emotionally involved in.

The first study was done in America. They picked to investigate NFLfans because of their popularity; at least 64% of Americans declared being football fans in 2004-2005, which aided them in recruiting 726 participants with 3,151 consumption days. The research team chose to observe NFL games that were played on Sundays only. Participants provided their 3-day food diary from Sunday to Tuesday. The observations were assigned to one of four categories based on whether they came from individuals living in (a) a city without an NFL team, (b) city with a NFL team that did not play on a focal Sunday, (c) a city with a team that played and lost, or (d) a city with a team that played and won. Control groups were first two- (a) and (b) groups. The study results suggest that there were no significant difference across the four groups on Sunday, (indicating no anticipation effect) or on Tuesdays (indicating no compensation effects). However there was a large difference on Mondays. Saturated fats (SFA) and caloric consumption increased by 16% after a defeat, and decreased by 9% after a victory compared with a baseline. Saturated fat consumption remained at regular level for people living in cities without a team and in cities whose home team did not play that Sunday. There was also found a larger effect of game outcome in the 8 cities with the most devoted NFL fans, where SFA consumption increased by 28% following defeats, and decreased by 16% following victories. Additionally, after analyzing the data, the research team suggested that the effects of game outcomes on SFA and food-calorie consumption were stronger for games between evenly matched teams than for lopsided games. In other words, this study suggests that more involved fans of the team that lost at the last minute of game eat higher levels of saturated fats and sweets, and thus higher calorie intake overall than those fans that watched their team to lose over the longer period of time. Also, this study suggests that fans of the winning team consumed much lesser amounts of SFA and ate healthier meals overall on Monday.

The next two studies by Yann Cornil and Pierre Chandon were done in France. In study-2, randomly selected participants had to write about their favorite team (or athlete) victory (or being defeated). After they finished with their first task half of the participants were asked to do self-affirmation test before they could pick their snacks, the remaining participants were simply given snacks from four bowls (a) white-grapes, (b) cherry- tomatoes, (c) potato chips and (d) chocolate candies. The study results indicate that those participants, who wrote about victory of their team made healthier choices (white grapes and cherry tomatoes) for snacks, compare to those fans that wrote about being defeated, they ate chips and candies, in higher amounts of food, fat and calories. Interestingly the research team also found a remedy for emotionally distressed participants that wrote about their team lost. Those participants that had self-affirmation test done after writing an essay about their lost game consumed less SFA and sugary snacks. These findings suggest that it could be very useful to ask and grade yourself how you feel (on the scale 1-to-9) and recognize your core values of the game in the written form. This method showed to decrease consumption of high in fat and sugary foods.

The third study was an on-line study, where 157 French people were recruited to watch 7-min videos of highlights of one of three soccer games. The first group watched the French national team’s victory against Italy, second group watched Italy’s victory against the French team. For the control group condition, participants watched a game between Belgian soccer teams. Half of the participants were asked to rank a list of values in order of personal importance and to write a few sentences about why their top-ranked value was important to them. The remaining participants did not go through self-affirmation. At the end of this study participants were showed pictures of four bowls of foods (chips, candies, cherry tomatoes and white grapes) and asked what bowl would they choose to eat and how much they would like to consume. The results were similar to the second study that shows, once again, affirmation helped participants to “calm down” and increase chances of choosing the healthier snack-foods on the list.

In the conclusion, these studies showed that sport game outcomes may influence our post-game intake. The first study suggest that fans of the last minute lost game consume higher levels of saturated fats, sugary foods and thus higher calorie intake overall than those fans that watched their team lose over a longer period of time. Also, this study suggests that fans of winning teams consumed much less SFA and ate healthier foods and meals overall on the following day after the game. The second and third studies indicate that watching and/or thinking (or writing) about your favorite sport team influences similar feelings, with similar results in food consumption. Thinking of the moment when your team was defeated increased snacking on fat and sugary food choices, where the victory increases snacking on healthier food choices. The remedy to a defeated team is self -affirmation which was found to be very helpful by pointing out their-own feelings and values of personal importance it reduced the emotional stress that would increase fatty food consumption. So, this season after a NFL game, you know how to defend your eating behaviors that are associated with emotions of a lost game. Try also to shop for healthier foods and prepare healthier meals in advance before the game. However, on the positive side, if you are a fan of the current dominant team, your diet is probably better than it would be if not a fan at all.