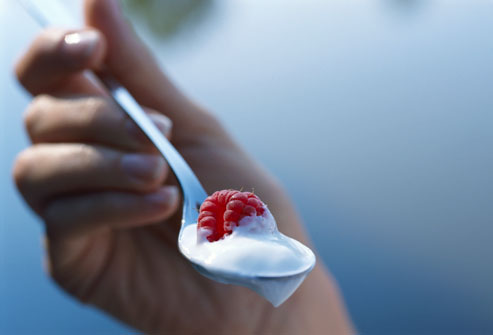 The latest study suggests not only can probiotics help you lose some weight; they also regulate inflammation that is caused by extra weight and regulate some hormones to help lose extra weight.

The Journal of American College of Nutrition recently published an article “Effects of Probiotic Yogurt on Fat Distribution and Gene Expression on Proinflammatory Factors in Peripheral Blood Monoclear Cells in Overweight and Obese People with or without Weight-Loss Diet.”  Scientists were interested if probiotics during the patient’s weight-loss could have synergistic effect on the body.

75 middle aged, overweight-to-obese participant were randomly assigned to one of 3 groups: consuming regular yogurt with low-calorie diet (RLCD group), consuming probiotics with low-calorie diet (PLCD group), and a group that was consuming probiotics without restriction in their diet (PWLCD group.) In the probiotic groups additional strains of bacteria was added to the regular store-bought yogurt.  Participants were instructed to consume 200g of assigned yogurt per day for 8 weeks.

During the 8-week yogurt or probiotic consumption with or without restricted diet led to some weight loss. The probiotic group that was on low calorie diets loss the most weight (about 10lbs) and received the best results in reducing leptin levels, improving inflammatory markers such as hs-CRP, TNF-a and IL-17.  The probiotic group that was not on restricted diet lost the least amount of weight, and had the lowest results in reduction of inflammatory markers and hormone leptin. Group that consumed regular yogurt and was on restricted diet received results that fell in the between of the other two groups. 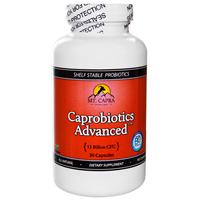 The take-home message: Regular yogurts (especially cheaper brands) most of the time do not contain enough strains of bacteria. It might be a good idea for those who are overweight and/or has inflammation to increase their probiotic intake through an addition of probiotic supplementation. The most effective probiotics require refrigeration and are purchased off refrigerated shelves and/or shipped in an ice packaged box. There are some probiotics that are sold without refrigeration (stabilized) but they are less effective. It should be noted that the quality also differs between different stabilized brands.  I am including a link to the trusted product that I personally like and use.