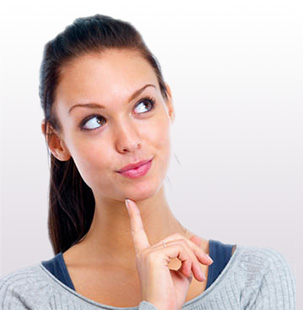 The New Diet: Listening to When You are Hungry….Then Eat.

Diets that restrict calories have been proven to help the public lose weight, however, most gain the weight back in a short period of time after stopping the diet. In the article entitled, “Sensory-Based Nutrition Pilot Intervention for Women,” the researchers evaluated the effects on women’s weight and overall feelings towards food as they attend workshops focused on teaching intuitive eating tactics rather than restrained eating. The study showed that these workshops helped the women to practice more positive eating patterns. This includes not having as many over eating episodes and paying more attention to hunger cues. This paper supports the hypothesis that if people are taught how to listen to their bodies to discern when they are hungry and when they have had enough, they are able to sustain their weight loss and maintain a healthy body weight.

This study was a randomized control trial for women only. The women from this study were recruited from various media outlets, in Quebec Canada. The ages of the women were anywhere from 25-60 years old. The criteria that the women had to meet were as follows: had to have stable weight for the past two months, had to be categorized as “restrictive eaters” and could not have various chronic diseases and could not be pregnant or lactating. Women were assigned at random to either a control or intervention group for 18 weeks. The intervention group attended six free workshops conducted by a Registered Dietitian that were focused on various topics, such as “Mindful Eating” and “Unconditional Permission to Eat” etc. There was a total of 50 women chosen for the study. Twenty-four were chosen for the intervention group and twenty-six were chosen for the control group. The intervention group was broken into three groups and studied individually. The study showed that there was a significant decrease in restrictive eating and other negative eating behaviors over-all and more specifically in social situations. These were statically significant with P values at .02 for over-all and .01 during social occasions. Results also showed the intervention group had an increase in unconditional permission to eat, meaning they pay more attention to how full they are rather than calories and do not label foods as good or bad (p<0.0001). The only intervention that had both a significant increase and decrease in positive or negative eating patterns was in the “Mindful Eating” workshop. The study concluded that these workshops did help to improve eating habits among the women who attended them (1).

Some strengths I found were the study design chosen and the exclusion criteria to reduce confounding factors. Since the study design was randomized and there was a control group, it gives the study more credibility by reducing bias and confounding factors. Since the groups had to go through different screenings and many were excluded due to certain qualities, this helps to strengthen the results of the study because most of the women were similar so the results were not skewed because of confounding factors. Some weaknesses were the sample was small and it was women from the same geographic location. Social customs or ideals that affect how they feel towards foods may not be as prevalent in other area of the world.

Other studies have shown similar findings. In a study that looked at the calorie and fat intake of people dieting showed that a preoccupation with food lead to higher intake of fats. This same study showed a positive correlation with those that frequently “dieted” were more likely to have negative eating patterns (2). This supports the purpose of the workshops to teach people to eat intuitively, thus resulting in better weight management. Another study found those that continually ignored hunger cues and constantly dieted had a higher rate of being overweight and weight cycled throughout their lifetimes (3). The sample size was 189 nurses. Another study followed 1,400 people who practiced intuitive eating practices and showed they had lower body weight, were not concerned with an “ideal body type” and had a better sense of well-being (4). Both of these studies supported the findings of the intervention group.

Due to the study’s findings and additional research, learning to intuitively eat can be a great benefit to mind and body. Although this study was small it does support other findings that changing how you respond to hunger cues and how you think about food can help to maintain a healthy body weight and image.