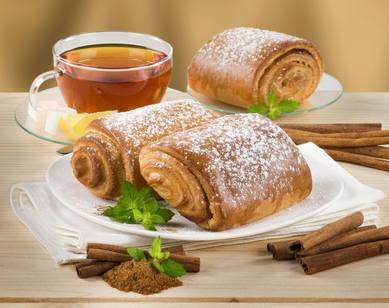 Fall is here–which means pumpkins, Halloween, and Thanksgiving. My fall favorites are pumpkin cookies and pumpkin pie, one ingredient found in both of these is cinnamon.  Does cinnamon have any effect of health?  Cinnamon comes from branches of tress native to Southeast Asia, South America, and the Caribbean.   There are two types of cinnamon one used mostly in the western word Ceylon cinnamon and the other which is commonly used is cassia cinnamon or Chinese cinnamon.

Cinnamon is currently used to help treat diarrhea, infections, common cold, and muscle spasms.  Some research suggests that cinnamon may even help improve glucose and lipid levels of those with type 2 diabetes. The study suggested that consuming up to 6 grams of cinnamon per day may reduce serum glucose, triglyceride, LDL and cholesterol with those who have type 2 diabetes.  Cinnamon intake has also been associated with boosting the immune system, preventing the formation of blood clots, and relieving indigestion.

Filed Under: Foods, Nutrition, Nutrition News, Obesity and Diabetes, Recipes
← Creatine Timing
Saturated Fat May Be Safe for the Heart and Arteries →