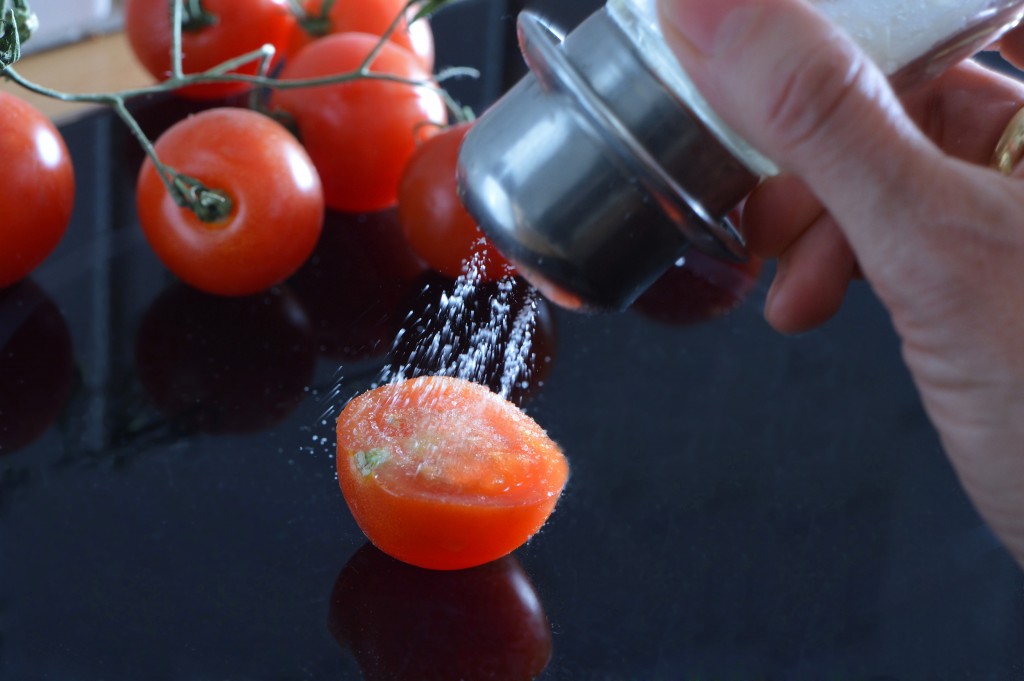 Have you ever wondered why aging is associated with high blood pressure, cardiovascular disease, memory difficulties (sometimes even with Alzheimer’s disease) and Anxiety? Could it be related to the nutritional influences?

To answer this question Gaurav Chugh at el. from University of Houston in Texas carried out a rodent trial “A High-Salt Diet Further Impairs Age-Associated Declines in Cognitive, Behavioral, and Cardiovascular Functions in Male Fischer Brown Norway Rats. The research team hypothesized that salt could be an important player of cognitive, behavioral and cardiovascular problems that elderly people are experiencing.  The study contained two groups of rats of two age types, similar to human adult and elderly ages. They divided these two groups into – those who consumed normal amount of salt in their meal, and – those who had high amounts of salt (similar to consumption of average American person.) Chugh at el. were especially interested if high salt consumption influences cognitive, behavioral and cardiovascular functions of adult rats and/or older rats that consumed high salt diets. Scientist analyzed body weight, blood pressure, anxiety-like behavior, and learning and memory functions of all the four-legged participants. Additionally, they analyzed oxidative stress and enzymes of antioxidant defenses in these rats.

Neither the weight nor the food consumption differed between four rat groups. Water intake was higher in both adult and old rats that consumed higher salt diets. A blood pressure monitor was surgically implanted under the skin of rats before the beginning of research. In the anxiety-like behavior test, adult rats with either high or low sodium diets showed negative anxiety responses. Elderly rats that consumed lower sodium diets showed very similar results to the adult-rat groups. Old rats that consumed high sodium diets had a significant positive anxiety behavior compared to the 3 other groups. These findings suggest that a high-salt diet may increase anxiety in elderly people.

The study urine analysis revealed that oxidative stress was greater in the high sodium treated old rats. There was no significant difference found in the other two adult-rat groups.

Protein carbonylation is a measure of oxidative stress in some brain areas which is associated with blood pressure, anxiety, and learning-memory function. In this study, protein carbonylation was significantly higher in the hippocampus and amygdala of the high-sodium treated elderly rats when compared with normal sodium fed elderly rats, but the concentrations were not altered in the cortex. No changes were observed in protein carbonylation between the two adult-rat groups. These findings suggest high oxidative stress in the high salt fed elderly rats, which may be associated with BP, anxiety, and learning-memory function.

In conclusion, this study finds that high salt (sodium) consumption not only increases risks of having high blood pressure and cardiovascular disease, it also could be responsible for the degenerative cognitive functions such as anxiety, reduced learning abilities and memory problems in the elderly population.

Doctors have been recommending low-sodium diets for elderly people with heart disease. Now there may be additional benefits for elderly people who reduce salt as well. Considering the average American consumes 3x the required amount of sodium, reducing salt in-take may be a very important but simple way to manage age-related health problems. It is recommended for 51-70 years old adults to consume around 1300 mg/day, and younger than 51 y/o adults – 1500 mg/day. To decrease the amount of sodium in your diet, try to “hide” your salt shaker, decrease the amount of canned and processed foods you consume or switch to low sodium products. Try to decrease the amount of salts you use in cooking and limit eating-out. It may taste different to you at first, but your body will adjust to the new flavors of the foods with lower amounts of salt and you will not miss your salt shaker any more.