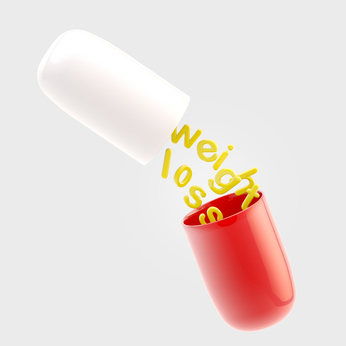 Claimed to increase natural weight loss through metabolism, a new supplement, METABO, was investigated by an independent study and published in the Journal of the International Society of Sports Nutrition 2013. METABO contains 8 main natural ingredients that include Raspberry Ketone, Caffeine Anhydrous, Bitter Orange, Ginger Root Extract, Garlic Root Extract, Cyayenne Extract, L-Theanine and Pepper Extract, all of which in previous studies were found to be associated with body weight reduction.

Raspberry Ketone (4-(4-hydroxyphenyl) butan-2-one), found in red raspberries, has been shown to elevate norepinephrine-induced break down of fat, and prevent weight gain in mice fed a high-fat diet. Of note, norepinephrine availability plays a role in the efficacy of the action. Raspberry was found to have anti-inflammatory, antioxidant benefits, and the ability to increase leptin and insulin activity in the high-fat fed rats.

Caffeine is one of the most known methylxanthine alkaloids and is shown to increase energy expenditure by up to 13%, leading to the weight loss.

Ginger and Garlic have been found to reduce body fat accumulation, decrease circulating insulin and markers of systemic inflammation in some studies.

The study objective was to determine the safety and efficacy of the METABO supplementation as an adjunct to an 8 weeks weight loss program. The study showed that there was a significant decrease in the weight loss, fat mass, waist girth, hip girth in the METABO treated group compared to the control group. Additionally, METABO group showed higher lean mass and higher energy level, also decrease in fatty foods cravings. The supplementation showed to be safe during 8 weeks of the study, with no serious adverse events.

Although subjects’ diet compliance will always stay uncertain (because of bias of the 3-day self-report), this study’s good results could possibly be increased if the dietary compliance were unaffected by the subject’s reporting bias. The METABO supplement has been tested by a 3rd party for the accuracy of actual main bioactive ingredients, prior to research. Despite supplementation showing increased body weight loss and fat loss results, it is important to notice that the weight loss was found also in the control group as well. Just by cutting off 500 Cal/day and adding up exercise to your daily routine, you can decrease your weight without extra expense. METABO could be used for quicker weight loss, but it should be noticed that subjects in the study also had to cut off 500 Cal/day and exercise to get those results. Again, the subjects were obese, but otherwise healthy.

Filed Under: Supplements and Nutraceuticals
← Glucasomine may be an answer for patients with osteoarthritis
Sunshine or Mushrooms for vitamin D? →