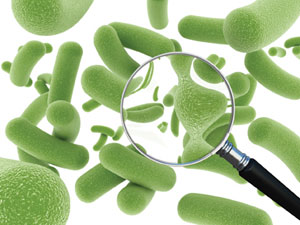 Probiotics: Effective? Or a Hoax?

The effects of probiotics have been heavily researched in the last five years. The role that gut microbiotia play in healthy digestion and immune function have been a topic of interest to many researchers. One of the areas of interest is the effect of probiotics in reducing joint inflammation and increasing the immune response in rheumatoid arthritis (RA) patients. RA is an autoimmune disease that causes inflammation in joints, ultimately destroying joints affected.  A study conducted in Tabriz, Iran by Elnaz Vaghef-Mehrabany M.Sc aimed to study effects of L. casei 01 supplementation on the disease activity and inflammatory cytokines of patients with RA.1 60 female patients were recruited from a rheumatology clinic in Tabriz, Iran. The patients in the study were all women who were diagnosed with RA on the basis of the American College of Rheumatology criteria for more than one year. The women were split equally into two groups, the treatment group and the placebo group.  The trial spanned eight weeks. A blood sample was taken and analyzed as well as a questionnaire given at the beginning and at the end of the eight week period.  After eight weeks, tender and swollen joint counts decreased significantly in the probiotic group while no statistically significant changes were observed for the tender and swollen joint counts in the placebo group. This paper supports that there may be a positive association between probiotic supplementation for RA patients in decreasing swollen and inflamed joints as well as increasing anti-inflammatory cytokines.  These benefits help RA patients have some relief of symptoms and possibly a reduction in the progression of the disease.

This study conducted in Iran was a double-blind, randomized, placebo-controlled trial.1  There were 60 women participants selected from Shey-kholrayis Polyclinic in Tabriz, Iran. Inclusion criteria included being diagnosed with RA on the basis of the American College of Rheumatology criteria for more than one year; having inactive or moderate RA. The participants were not receiving nonsteroidal anti-inflammatory drugs or cytokine inhibitors. The BMI range was <40 with ages between 20-80 years. The exclusions included being pregnant or lactating; being under hormone therapy or receiving oral contraceptives; having diabetes mellitus, thyroid disorders, kidney or hepatic diseases or Cushing syndrome; having inflammatory bowel disease or other inflammatory disorders; having digestive tract disorders or lactose intolerance;  taking antioxidant, vitamin, or fiber supplements <3 weeks before the interventions; using antibiotics 1 month before the intervention; being on a weight-reduction diet; smoking or being exposed to cigarette smoke; and using other probiotic products. The patients were randomly selected to either the probiotic group or the placebo group on the bases of menopausal status and BMI. After fasting for 12 hours, the patients gave an 8 mL blood sample. Tender and swollen joints were counted at the beginning of the trial.  The 60 participants were split into two  randomly allocated  groups, 30 in the treatment group and 30 in the placebo group.  Each group was given a capsule to be taken once daily on an empty stomach.  The participants were contacted daily to be reminded to take the capsule and to record any side effects. A questionnaire and food record were also kept. At the conclusion of 8 weeks, another 8 mL of blood was processed.  Out of the 60 women who began the trial, 46 completed the study. The macronutrient and micronutrient intakes of the patients in both intervention groups remained constant through the study period. Tender and swollen joint counts decreased significantly in the probiotic group to the end of the study course (P= 0.02 and P= 0.03). No statistically significant changes were observed for the tender and swollen joint count in the placebo group (P= 1.00 and P= 0.317).  There was a statistically significant difference between the two intervention groups, for the measured inflammatory cytokines at the end of the study that was in favor of the probiotic group (P < 0.05).1 The results of the present study showed that 8 weeks of L. casei 01 supplementation reduced disease activity and proinflammatory cytokines while at the same time increasing the regulatory cytokine in patients with RA.

This study was done very carefully, excluding all of those participants who may bias the results. However, the sample size was relatively small. Other limitations were present because of the lack of funding. The short duration of the project was one drawback. The results could be better interpreted if the measurements were performed at least once more.1 One strength of the study was keeping it a double blind study. The capsules and the containers for the probiotic supplements and the placebo capsules were identical; the patients, the rheumatologist, the person who filled in the questionnaires for the patients, and the laboratory staff were blinded to the treatment of each group. Although the result were in favor of this particular probiotic supplementation, there must be more studies conducted to confirm a positive association for all RA patients.

Concrete conclusions about the positive effects of probiotics in humans requires repeated studies yielding positive results. More research is warranted on the topic of probiotic supplementation. There have been other studies conducted on different strains of probiotics.  One such study was done in 2011 with Maria de los Angeles Pineda Ph.D. as the lead researcher.  This study was also a double-blinded, placebo-controlled study of probiotics in active RA patients.2  The probiotic used in this trial was call Lactobacillus reuteri (RC-14).  There were 29 participants in this study and it was conducted over a 3 month period. The results were inconclusive.  There was no statistically significant difference in the treatment group as compared to the placebo group as far as an inflammatory response. Sufficient funds were not available to conduct a longer and more significant study.  Other studies have been conducted considering the effect that probiotics have had in reducing gastrointestinal and upper respiratory-tract illnesses in athletes. One particular trial performed by Nicholas P. West Ph.D. has shown that there may be some protective effect on the severity and duration of such illnesses in male athletes, but no affect or a possible increase in severity for female athletes.3 Another research study conducted by Pineton de Chambrun Ph.D. studied the effect of Saccaromyces cerevisiae, a probiotic, in patients with irritable bowel syndrome (IBS).4  179 participants were in the study spanning 8 weeks. Conclusions from this trial included that this probiotic was well tolerated and did reduce abdominal pain/discomfort scores in participants. Recent research by Majed S. Alokail M. Sc. conducted in 2013 has shown that probiotics do alter gut microbiotia and that with continued probiotic use metabolic favorability is likely.5  This clinical trial was conducted in Saudi Arabia, testing probiotic supplementation in type 2 diabetes patients. This study was 26 weeks long with interventions being performed at weeks 0,4,8,12, and 26 weeks. The conclusions of the trial included evidence that support a role for gut microbiotia in the metabolic disorders which may be reversible with dietary and/or gut microbiotia manipulation.5  Probiotic research is relatively recent.  From this recent research, we are starting to get a better idea of how probiotics can alter disease states and relieve symptoms of some gastrointestinal disorders. Greater research is needed.  Recommendations for probiotic supplementation is not warranted as of yet.

Although this particular study shows a positive effect in probiotic supplementation in RA patients, the research varies on types of probiotics and their benefit for different disease states.  The study conducted in RA patients was performed well, limiting bias and false outcomes.1  However no trial is perfect and requires repetition and validation to develop concrete outcomes.. Many trials have been conducted for different disease states, however trials of longer duration need to be completed before any supplement recommendation can be put forth. Given the many types of probiotic strains and the many diseases that cause inflammation, researchers have a great amount of work to do. So much is still unknown about the effects of each particular strain of probiotic.  Are probiotics a hoax?  Research is showing more benefit than harm. With more time and additional research we will soon understand if probiotic supplementation is beneficial for everyone.

Filed Under: Foods, Nutrition
← Microbiota and Your Mood
Is Mini-fasting the Diet for You? →