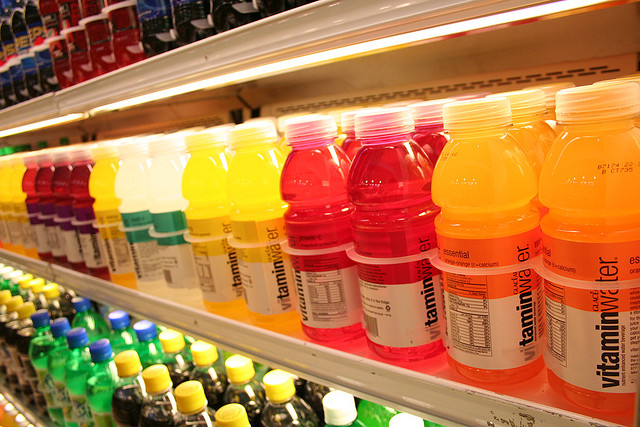 Fortified Beverages: Too Much of a Good Thing?

Today’s consumers are no strangers to fortified foods, but is the voluntary fortification of novel “health” beverages really beneficial? A study by Dachner N et al, presented in Applied Physiology of Nutrition and Metabolism, suggests that it may not be.1 The study was conducted in Canada and compared the nutrient content and health claims of beverages in 2010 – 2011, prior to changes in regulation, to those in 2014, when new regulations were in place. The study found that many of the nutrients provided in a serving of the beverages exceeded recommendations. Further, it found that the some of the nutrients provided were not ones for which the target population was at risk for inadequacy. This study supports further regulation of novel beverages so as to reduce the risk of excessive nutrient intake, supply inadequate nutrients to consumers, and prevent consumers from being misled.

The goal of the Canadian novel beverage study was to see the impact of new labeling and nutrient regulations on novel beverages and the benefit, or lack thereof, to consumers. Nutrition facts and health claims were recorded on 66 beverages, including energy drinks, enhanced waters, and novel juices, during 2010 – 2011.1 Of these, 46 were available to be recorded for comparison in 2014.1 Upon analysis, changes in nutrient content between the two periods was only observed in 23 of the 46 (50%) beverages and fortification levels were still high for many nutrients.1 The amount of nutrients in a serving of each beverage was then compared to Estimated Average Requirement (EAR) or Adequate Intake (AI) for young adult males. It was found that “thirty-eight beverages (83%) provided at least 1 nutrient in an amount exceeding the EAR or AI for young adult men, and most contained 3 or more nutrients at such levels”.1 These nutrients included vitamins B6 and B12, niacin, riboflavin, and pantothenic acid, many of which were supplied in excess of 3 times the EAR or AI.1 Finally, nutrient content was compared to national data on nutrient inadequacy among young adults. Of the possible nutrients for which young adults were at risk of inadequacy, only vitamin C (in 59% of beverages), vitamin A (in 24% of beverages), and calcium (in 35% of beverages) were often added.1 The study demonstrated that any benefit to consumers from voluntary fortification of novel beverages is unlikely and that many of the added nutrients are supplied at unnecessarily high levels.

This study was designed as a cross-sectional data collection and comparison survey and seemed to be the strongest study design available for analyzing such data. The study data seemed fairly generalizable, as many of the products analyzed were distributed by PepsiCo or Coca Cola. That being said, I don’t know how well Canadian EARs, AIs, and nutrient inadequacy data correlate with similar recommendations and population data from other countries. Along with nutrient content and benefit to consumers, the study analyzed marketing and health claim-type data. Researchers concluded that further regulation of marketing or labelling should be pursued to prevent consumers from being misled. Results from such analysis were vague, leaving me unconvinced that packaging greatly impacted consumer perceptions of product health benefits, though I suspect a “health halo” effect is likely. The sample size for this study was relatively small, but novel beverages are relatively new products and this may have been an adequate representation of the study population.

One of the greatest concerns arising from the Canadian novel beverage study is the possibility for excessive intake or nutrient toxicity from voluntarily fortified products. Nutrients from this study were reported per serving, but consumers may be exceeding the upper limit (UL) for nutrients by consuming more than one serving, other fortified or voluntarily fortified foods, and/or multivitamins. A study by Sacco JE et al. demonstrated that the likelihood of exceeding the UL for nutrients, like selenium, folate, copper, zinc, and calcium, was greater among children, adolescents, and adults who consumed voluntarily fortified foods.2An article by Dwyer JT et al. discussed NHANES 2003 – 2006, stating that 13% adults ≥ 19 years old exceeded the UL for folic acid and 10% of the entire adult population exceeded the UL for Niacin.3 These articles did not observe B vitamins, other than niacin, similar to those in the Canadian study, so this may be a beneficial area of research for consumers and policy makers. The recommended purpose or use statements reported in the Canadian study appear to be similar to nutrient content and health claims in the United States, on which relatively little research on consumer perceptions has been conducted. One study by Roe B et al. found that such claims did produce a “health halo” effect among consumers and that some consumers relied only on the front-of-package claims to develop favorable perceptions of these products.4A review of several health claims studies by Williams P found a similar “health halo” effect among consumers, who were more likely to rate such products as healthy and had a greater intent to purchase.5 This review also found that consumers were weary of health claims from food companies and desired greater government regulation, an idea supported by the Canadian study.1,4

The Canadian novel beverage study appears to be a well-designed survey of nutrient content and on-package marketing as they relate to nutrient recommendations and consumer benefit. Information on nutrient content demonstrated the excessive voluntary fortification of certain nutrients in such novel beverages. Though there is little research to demonstrate that such fortification exceeds the UL for most nutrients, that fortification so far exceeds nutrient recommendations suggests a need for greater government regulations and consumer awareness. Data on the impact of on-package marketing in the Canadian study seemed vague, but other studies show that such claims can impact consumer perceptions of the benefit these products provide. It is important for consumers to seek further nutritional and health benefit information and may be necessary for further government regulation of health claims.

One Response to Fortified Beverages: Too Much of a Good Thing?