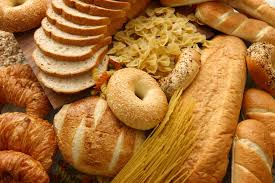 Going Gluten-Free: Are We Getting Enough Nutrients?

Celiac disease is an autoimmune disease that affects the G.I. tract and it has many symptoms involved. The best way to help prevent these symptoms is by going on a gluten-free diet. But what about the nutrients that gluten lacks that these people are losing? The study performed by Shepherd, SJ and Gibson, PR in Australia was performed over a 12-month period to assess nutrient intake in people who had celiac disease and were on a gluten-free diet.  They ultimately concluded that there are risks of some nutrient deficiencies on the gluten-free diet.  However, those deficiencies could also occur from poor diet and eating habits.  Gluten-free diets  and nutritional value must be assessed into more detail before conclusions about nutrient deficiencies can be made.

In this study, two groups of people were observed: a group of 57 newly-diagnosed people with celiac disease who were untreated, and a second group of 60 treated celiac disease patients who had been on a gluten-free diet for an average of six years.  At the beginning of the study, everyone from both groups were required to keep a 7-day food log; and then throughout the study, the newly-diagnosed group was examined every three months for a total of twelve months.  At the end of the study, both groups were required to do another 7-day food log.  Different samples were taken at the beginning and end of the study, which included “a complete blood count, electrolytes, renal function, liver function tests and iron studies…serum folate, vitamin B12, zinc, vitamin D, magnesium, calcium and phosphate” (Shepherd, SJ and Gibson, PR).  After the 12-month period, mean intakes were lower in women on the gluten-free diet for each of the following: carbohydrate (219 g vs. 238 g), protein (83 g vs. 96 g), fiber (21 g vs. 23.6 g), iron (11.2 mg vs. 13.1 mg), folate (299 micrograms vs. 337 micrograms), thiamin (1.2 mg vs. 1.6 mg), niacin (37.5 mg vs. 42.9 mg), and riboflavin (2.0 mg vs. 2.4 mg).  In men, only thiamin and iron were lower after the 12 months, with levels being 1.6 mg vs. 2.3 mg and 14.4. mg vs. 17.1 mg, respectively.  According to the statistical analysis, the p-value (p≤0.05) concluded that these results were statistically significant, meaning that there is a correlation between the gluten-free diet and nutrient deficiencies.  (1)

This study did a good job by observing the patients and assessing nutrient intake in each person.  However, although it found significant evidence that gluten-free diets can cause nutrient deficiencies, it did not evaluate this topic very well.  In the conclusion, the study commented on some possibilities that most gluten-free foods are not fortified with folate like regular whole grains are.  Gluten-free foods are also not fortified with thiamin, leading to deficiencies in both folate and thiamin.  But it did not continue discussing the fact that gluten-free diets can cause nutrient deficiencies and that it would be a good idea to supplement certain nutrients.

To fully understand which nutrients could even be lost in a gluten-free diet, gluten must be assessed alone.  Gluten is a protein whose nutritional values can vary depending on its protein fraction composition (2).  According to a study performed by Caruso, R, et al., a gluten-free diet could lead to deficiencies in both folate and vitamin B12.  However, this study also revealed that celiac patients on a gluten-free diet could be deficient in “iron, folate, vitamin B12, vitamin D, zinc, and magnesium,” in which supplementation could be required.  This supports the original study that certain nutrient levels decreased in the celiac patients (3).  Another study also found that patients with celiac disease had lower levels of folate, magnesium, iron, vitamin B1, vitamin B2, and vitamin B6, which also supports the topic that celiac patients on gluten-free diets could be deficient in certain nutrients (4).

Although gluten-free diets have been studied extensively, the best advice to give patients with celiac disease would be to supplement these main nutrients that have been depleted in their diet.  Although these deficiencies could occur from diet and poor eating habits alone, there is a possibility that they could also be caused from a complete lack of gluten.  More studies need to be performed to evaluate which nutrients are actually deficient and what is causing that deficiency.