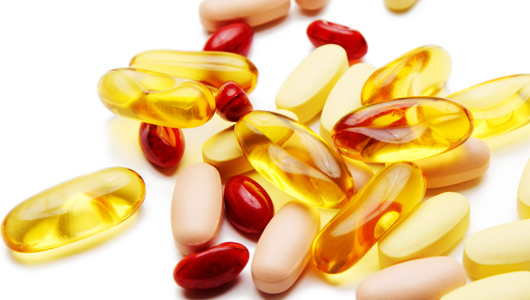 Are Multivitamins Really Worth the Money?

The study was called the Physicians’ Health Study II.  It was a randomized, double-blind, placebo-controlled trial.  Meaning, the men were chosen at random whether or not they took a vitamin or a placebo pill, and neither the researchers nor participants knew.  It started in 1997 and continued through June 1, 2011.  14,641 male physicians in the US were enrolled, 754 of these men had a history of CVD. The vitamins that were used were Centrum Silver or a placebo, vitamin E, vitamin C, and beta-carotene. The results showed that after a follow-up of 11.2 years, there were 1732 confirmed cardiovascular events that were considered major.  A daily multivitamin had no effects on MI, total stroke and CVD mortality.

The strengths of this study are it was done over a long period of time, was large scaled and was double-blind, which led to less bias.  A weakness is the population was limited to middle-aged to older male physicians who most likely represent a population that’s well-nourished and already have sufficient intake of vitamins through their diet.

To date, this study was the only study done on the effects of multivitamins on the prevention of CVD. There are many questions surrounding the effects of different nutrients on cardiovascular health.  Take calcium for instance, there are several prospective studies that report mixed results, however to date there has not been a randomized clinical trial specifically testing calcium on the risk of CVD as an endpoint.2 One thing that has been showing promise is the effect of omega 3 and omega 6 fatty acids on heart health. A randomized trial on the Mediterranean diet after myocardial infarction showed that small to moderate amounts of omega 3 fatty acids led to a decrease in sudden death in patients who had a myocardial infarction.1 Tomatoes may be considered a valuable component of a diet that is good for cardiovascular health because they include several nutrients that have been associated with good effects on cardiovascular health.  These nutrients include lycopene, beta-carotene, folate, potassium, vitamin C, flavonoids, and vitamin E. However, the way we process tomatoes for foods can have a negative effect the quality and quantity of these nutrients.4

Because studies have shown that an intake of a daily multivitamin has no effect on cardiovascular heath, it is not recommended to take a multivitamin for cardiovascular health for men. The aim of supplements is to prevent vitamin and mineral deficiency.3 If you consume a well-balanced diet, you should not need to supplement, however if you have any questions or concerns you can consult with a nutrition expert.