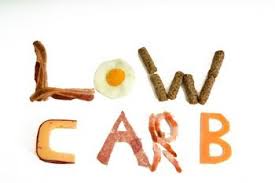 Many believe that the Paleolithic “ketogenic diet” may be the answer for a healthier life, and for increased performance and weight loss during sport and physical activities.  A study by Paoli, et al. observed that when elite male gymnasts were placed on a very low carbohydrate “ketogenic” diet they were able to decrease weight and fat mass without seeing a decrease, or increase in physical performance (1).  This paper supports that a very low carbohydrate diet, or “ketogenic” diet, supports weight loss in athletes by decreasing fat mass, but does not enhance athletic performance.

Paoli, et al. included 8 male gymnasts as participants.  This study used an experimental design where participants acted both as control group and the group receiving the treatment.  The researchers found that after 30 days on a very low carbohydrate diet there was a significant decrease in average body weight from 153 pounds to 149.6, or approximately 4.6 pounds (p-value = <0.05).  Fat mass also decreased from 11.6 pounds to 7.5 pounds for a decrease of approximately four pounds (p-value = <0.001), and the researchers suggested that all of the weight loss during the 30 day period was from fat mass.  Athletes did not see a significant decrease or increase in athletic performance while on the very low calorie diet (1).

This was not a very strong study because of the small sample size.  The participants also acted as the control group, while consuming a typical American or “western” diet for 30 days.  There was a 3 month wait period, and then the athletes consumed a very low carbohydrate diet for 30 days while maintaining the same exercise routine as the first 30 days.  For a strong study, it would have been better to have separate participants for the control group.  There are many possible confounding factors for this study.  Athletes may have worked out harder during the second 30 day period because they were months farther into their conditioning.  This study also only followed the short term effects of a very low carbohydrate diet and physical performance.  Long term effects of a very low carbohydrate diet include: dehydration, gastrointestinal symptoms, low blood sugar, carnitine and vitamin deficiencies, hypeplipidemia or high fat in the blood, impaired cognitive function, osteoporosis, and the potential for arthritic and kidney problems, and the list of negative side effects continues further than those listed (2).  There were not any notable strengths to this study.

Filed Under: Diet, Fitness and Exercise, Men's Health, Nutrition, Popular Diets, Sports Nutrition
← Pre-Workout Supplements: Will They Maximize Your Workout?
Can Artificially Sweetened and Diet Beverages Affect your Intake of Sweets and Calories? →