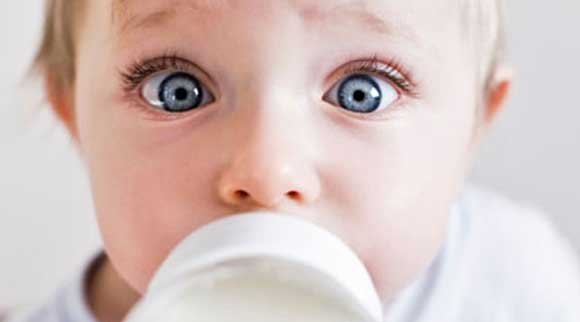 Soy formula is often used when infants have a cow’s milk allergy, or when being raised on a vegan diet. Soybeans are very nutrient dense and are full of many bioactive compounds, such as phytoestrogens.1 In fact, soybeans are so abundant in phytoestrogens concern is arising that such a high concentration may have negative effects on infants, especially those with autism. A study to look at the effect of soy formula in autistic children was conducted by Cara J. Westmark from the Department of Neurology at University of Wisconsin.1 The results of the study found a possible relationship between soy formula and increased autistic behavior.1 This article is simply a reflection of a few scientific studies, and the results found shouldn’t be taken as definite or concrete.

Westmark’s study collected phenotype data from 2,644 children between the ages of four years and 17 years old with Autism Spectrum Disorder (ASD). The participants then did a number of ASD diagnostic exams including the Aberrant Behavior Checklist (ABC), Austims Diagnostic Interview-Revised (ADI-R), and Autism Diagnostic Observation Schedule (ADOS). This was to determine major behavior problems. The researchers then looked at past medical records and gave the parents questionnaires to determine which children were fed soy formula. The researchers compared the behavior scores to the type of formula the child was fed to see if there was a relationship between increased behavioral problems and soy formula. Looking at the results, the researchers concluded soy formula may be related to deficits in language, communication, social overtures, and hypersensitivity to environmental stimuli in children with autism.1

A key to remember before taking the results of this study to heart, is the saying “correlation doesn’t always mean causation”. Simply because soy formula seems to be related to increased autistic behavior doesn’t mean it necessarily causes it. This study was done using retrospective data which could have led to some biases. However, the study sample was very large, so the fact that there was a relationship makes the results significant. In the summary the researchers state their results need more research in this field, specifically using a prospective study design.

Multiple studies have been done on the effects of soy formula due to its high phytoestrogen concentration. One study done in Brazil looked at the levels of isoflavones and soyasaponins in several soy-based infant formulas.2 The average amount of isoflavones consumed from these formulas was 0.8 milligrams per kilogram of body weight. This equals out to be twice as much as Japanese adults, who are major consumers of soybeans and products. The average amount of soyasaponins consumed was 9.2 milligrams per kilogram, which was figured to be six times more than what vegetarians consume daily. Due to the high biological components of these phytochemicals, this study recommended further research should be done on the actual effects of these compounds.

Focusing again on autism, one study wanted to look at the effect soy formula had on the amount of seizures the children had, hypothesizing the phytoestrogens would lower their seizure threshold.3 This study collected retrospective data on 1,949 autistic children and looked at the type of infant formula they were fed, past incidence of seizures along with the specific type, and IQ. They found children who were fed soy formula had a “2.6-fold higher rate of febrile seizures, a 2.1-fold higher rate of epilepsy comorbidity, and a 4-fold higher rate of simple partial seizures”.3 The researchers relied on parental recall for data on the infant formula and seizures, limiting the validity of their study. Again, they request that a prospective study should be conducted to help solidify their findings.

In addition to autistic behaviors, there has been concern about the influence large amounts of phytoestrogens have on abnormal gender behavior in children fed soy formula.4 One study looked at 3,664 boys and 3,412 girls to see if those who were fed soy formula as infants exhibited abnormal gender-role play behavior using the Pre-School Activities Inventory (PSAI).4 They concluded soy formula was associated with less female-typical play behavior in girls at three and a half years old. However these findings were not consistent throughout their entire childhood, and there didn’t seem to be any association in the boy participants.

Another study observed how the phytoestrogens in soy formula influenced the age of menarche in female participants.5 The study was a prospective observation of 2,920 girls and found participants that were fed soy formula had a slight increase in likelihood of menarche in early adolescence; seemingly contrary to the less feminine behavior found in the study previously described.

All of the above studies, despite making a call for further research, show a similar pattern of unexpected or undesired effects from high amounts of phytoestrogens found in soy formula. Looking at these trends, it is advisable to use soy formula with caution. Especially when feeding an infant with autism. Both of the studies done with autism used a large sample, making the results hard to ignore. For those who wish to steer clear of soy formula, there are many other feeding options including cow’s milk formula, protein hydrolysate formula (for those with a cow’s milk allergy), and breast feeding.

Filed Under: Childrens Health
← Yogurt fights against Diabetes
Could Yogurt Lower Your Risk of Type 2 Diabetes? →