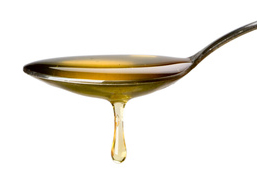 A recent peer-reviewed article in the Nutrition Research Journal titled, “High-fructose corn syrup and sucrose have equivalent effects on energy-regulating hormones at normal human consumption levels,” authors Zhiping Yu, Joshua Lowndes, and James Rippe hypothesized that high fructose corn syrup (HFCS) and sucrose have essentially the same effect on human metabolism. 1 The results of the study support their hypothesis by showing that over a ten week study groups consuming a specified amount of HFCS and sucrose had no significant change in metabolic parameters. Thus, the authors concluded that, “there are no differences in the metabolic effects of HFCS and sucrose.” 1

This study was a randomized, prospective, double-blind, parallel group study. At enrollment, there were 465 participants who met the qualifying criteria. However, by the end of the study this group was reduced to 138 participants, 79 of whom were male and 59 females. Participants ranged in age from 20 to 60 years and had BMI’s of between 21 and 35. This was a ten week study comprised of two 24-hour stays at the clinic, one at baseline and one following the ten week trial period. Participants were divided randomly by a random sequence generator into six groups of differing percentages of caloric intake derived from either HFCS or sucrose. Groups one and two consumed 8%, groups three and four consumed 18%, and groups five and six consumed 30% of total calories from HFCS or sucrose respectively. Percentages of calories were based on individuals’ caloric needs for normal weight maintenance, determined using the Mifflin St Jeor prediction equation. HFCS and sucrose were delivered via 1% milk packaged in unmarked containers. Metabolic parameters measured in this study include fasting values of serum glucose, insulin, leptin, ghrelin, triglycerides, and uric acid. There was no significant difference in these parameters at baseline. At the conclusion of the ten week study, no significant difference was found between the HFCS and sucrose groups in any of the metabolic measurements with a significance value of (P < .05). In addition, there was no significant difference in changes in BMI, waist circumference, and body fat percentages.

As noted by the authors, one of the weaknesses of this study was the high rate of drop-out. As noted earlier, the study group dropped by 70% during the ten week experiment. It was reported that participants dropped out due to issues with time commitment, new jobs, or other personal commitments. There were also some who were excluded from the study due to non-compliance with milk consumption. Another weakness addressed by the author was that they did not include any adolescents in the study. This would have been an important addition due to the fact that adolescents consume more sugar-sweetened beverages than any other group in the United States. Other weaknesses include the lack of control over other aspects of the participants’ diet. Other than recommending they consume a specific amount of calories each day, there was no specifics on what they could or could not eat outside of the testing facility. One of the greatest strengths of the study was the division of the HFCS and sucrose groups into different caloric percentages (8%, 18% and 30%). This provided for a study that was applicable to a variety of different diets. In addition, the array of metabolic parameters tested was a thorough examination of possible effects induced by HFCS and sucrose.

This study is congruent with other studies in regards to the false pretense that HFCS promotes weight gain more than sucrose. A study published in the American Journal of Clinical Nutrition showed that HFCS behaved more like sucrose than fructose in regards to increased energy consumption. 2 In addition, studies such as that performed by KL Stanhope at the University of California, Davis show that the endocrine and metabolic effects of HFCS and sucrose, such as those tested in this study, are not significantly different. 3 Also, an article published in the American Journal of Lifestyle Medicine came to the same conclusion that there are no significant metabolic, endocrine, or hormonal differences between HFCS and sucrose. 4

This study builds on other studies that have shown essentially no difference in the metabolism of HFCS and sucrose. The array of added sugar percentages used in this study provides a foundation of evidence to support previous hypotheses concerning HFCS and sucrose for a variety of diets. In light of this and other studies, consumers should be aware that HFCS and sucrose have very similar effects in the body. Consumers should be aware that just because a product claims to contain no HFCS or to contain only natural sugar, does not mean that it is a healthier choice. Added sugars are one of the culprits in the obesity epidemic we see in our society, but HFCS is most assuredly not the only one to blame.