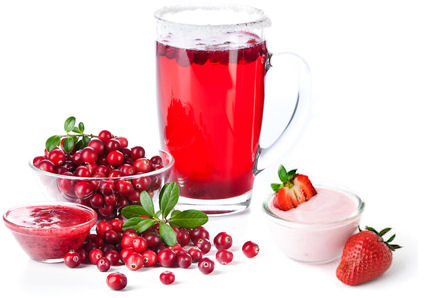 Natural Food Colors – Maybe Not What You Expect, Unless You Expect Insects in Your Fruit Juices, Yogurts and More.

Remember when as kids we joked that the grape flavored gum with purple color was made of bugs? Maybe that was not a joke, but a legend. An insect, cochineal, is used for dyes in many food products, such as juices (cranberry, strawberry, pomegranate) and ice creams, yogurts and so forth.  Other products that contain the insect dye are cosmetics (lipsticks, shampoos, and more), fabric colors and more.

These scaled insects are native to tropical and subtropical South America and Mexico; they can be found feeding on cactus. Caramic Acid(Carmine) was used by Mexican Indians after boiling cochineal and drying them. The Indians grounded them to fine powder used for color. Later Spanish and Europeans learned about it and learned ways to color their hides, and then fabric. 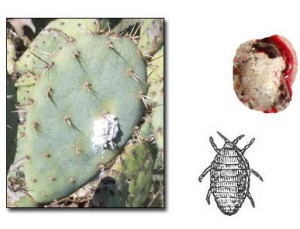 A few generations later we introduce synthetic colors and Caramic Acid decreased in popularity. But as the public became more health conscious about having artificial colors in their foods, Caramin again gained popularity and became profitable and the largest export in Peru.

According to the FDA, Cochineal extract is safe. And it is required to be declared on labels that are foods or cosmetics. The label should declare at least once that it contains “cochineal extract” or “carmine” in your colored foods and/or cosmetics. For example it can say something like “Contains carmine as a color additive.”

Whether it is better than synthetic color or not, is a question. The big problem that we identified with some synthetic colors – they have increased risk of cancer. So in a way, consuming bugs in our juices could be a safer option, whether it is pleasant or not. The good question remains – why can’t we use some plants based colors such as beets or cherries for juice and other expected vegetarian foods? Also, just because something is natural  such as a food additive, doesn’t mean that someone can’t have a sensitivity or allergy to it.  You have to consider the entire product you are consuming not just the primary ingredient. Natural doesn’t always mean without added ingredients.

Filed Under: Cancer, Foods, Nutrition, Nutrition News
← How to Reduce Carcinogens in Your Steak
Warm-up Stretching →